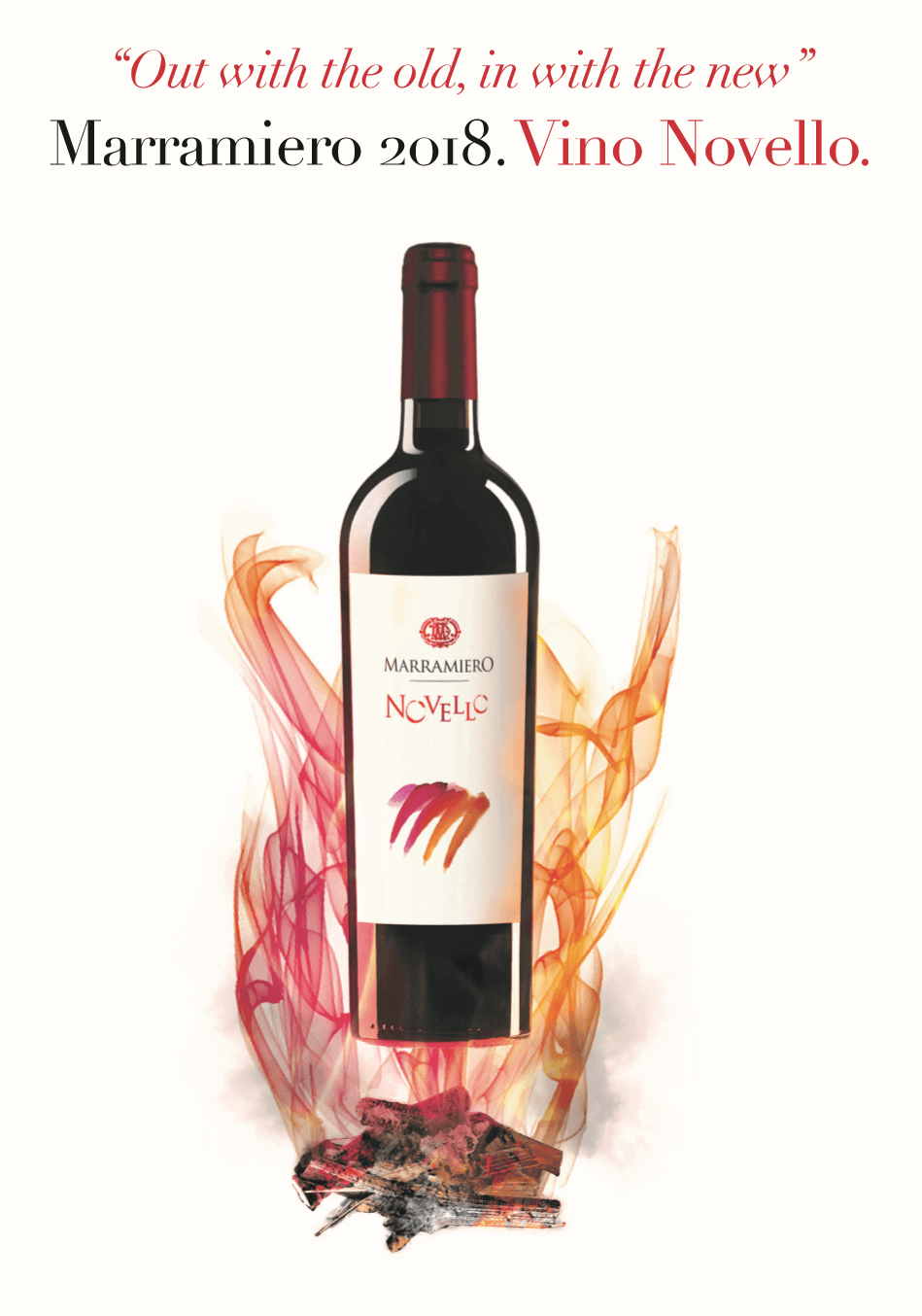 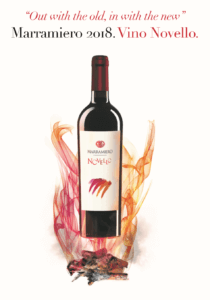 No light falls on the flagstone outside the little trattoria, or osteria, or restaurant or whatever the owner is currently referring to it as this week. The usually damp-flannel grey of the pavement, idly tanned by a rusty, brassy toffee-like attempt at lighting, tonight is powdered in the autumnal night’s lapis blue. The only light breaking this dark concrete sea up comes from the ubiquitous North London neon of The Gunners Fish Bar causing the slab, fringed with powder puff pink, to resemble the made up eye of a drag queen.

It’s cold, the coldest night at the end of the longest year. The first real night of Autumn; piles of rotting mulch in the street are being joyfully kicked in their rotting sides by buckled up Start Rites and Peppa Pig wellies. Piles of rotting pomegranates spritzed with the eau de London’s street smog in the plastic bowls of the Turkish corner-shop and piles of cold and flu germs awaking on every hand grip hand rails that London transport calls its own.

In the distance a firework erupts with the force of popping candy, the forlorn hope of bonfire night. Despite its damp popfffff, it’s still enough to send the contents of a rushed, russet cheeked mothers pram into a state of toddling apoplexy.

The great windows, designed to concertina open in the occasionally warmer months of summer, have been concertinaed closed tight in the darker, frequently colder Autumn months. Condensation has slaked its way across the vast paines of glass making the restaurant interior as oblique as a fat man painted battleship grey, holding a smoke machine in a sauna.

I’m hesitant to open the door. By now the restaurant is usually more active than legions of Mo Farrah clones engaging in endless marathons around Piccadilly Circus at rush hour. Yet the place is quieter than a mute librarian’s grave. Something is wrong.

I push the door open catching the thick, thistle rough doormat. Across the waist high plateau of blue and red gingham checked tables, illuminated by clusters of contrite little tea lights with enough energy to light a Borrower’s keyhole, I see the boss pushing oily vapour trails of blue smoke up into the rafters of a faux thatched roof at the back of the room. His usual partner in pre-match crime is sat there too, bereft of the usual insults which emanate in thick southern Italian dialect out of his thick southern Italian lips.

A biblically beaming, alien abduction limelight chinks out the kitchen through the smoke, followed by the occasional muffled clunk of metal on metal. A slow “Calunk” signalling one hand is being used to fidget one of the old aluminium pans on top of the stove while the other stabs away at an old battered iPhone placing last minute bets on a Ladbrookes app. 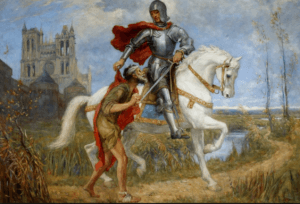 It’s lugubrious tonight. The usual blop, blop blopping of bubbling lamb ragu, the rustling tenements of carasau bread stacked in handmade wicker baskets and the howls of the owner for more crates of Ichnusa have been temporarily lobotomized.

Unusual for a place that lives, breathes and dies to the ever present hortator of screams, cursing, cheers, cries and shouts that inhabits all restaurants save vegan cafeterias and church hall canteens. No one moves, no one stirs.

The boss invites me to sit with him and partake of the ever present supper of free wine. There is a bottle in the middle of the table, white label with the orange, reds and ocre of the season slashed into the paper bearing the meaningless word, NOVELLO. 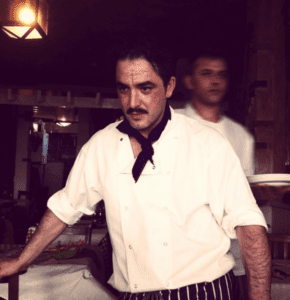 The table is gloomy and the cartoon moorish features of my nightly drinking companions are all but hidden from me. The candle does enough only to light their chins into stubbled promontories where the glass containing the ruby clear wine can occasionally be seen to pass above. Everything is being done slowly, almost conspiratorial. Speech is unusually laconic and, aside from the cocktail of candle and illicit cigarette smoke, a comfortable sense of nothingness lingers in the air.

The chef hasn’t solely been idling his time away at the controls of the betting app of his future poverty. He tips a pan of squealing hot chestnuts hotter than Hephaestus forge and, groaning out their crackling shells, onto a wooden board in the centre of table.

Hard calloused hands, numbed by anticipation, easily crush through the scalding brittle outer layer of the charred shell before the outside edge of the thumb scarifies the husk away onto the red and white debris field, now peppered with erratics of burnt shell. In most cases, even under such force, the chestnut remains whole; a light, toxic yellow cerebrum which we push into sea salt. This outer saline coating crunches and opens up the tastebuds to the pastoral sweetness of the flowery interior of the fruit, as fragile and crumbling as fresh yeast.

They are toasted, burnt, some hard, some soft. In the worst cases precision in the peel is exchanged for clumsy haste and the result is a chestnut sea mine of nutty pulp and sharp fragmented shell. This can engage with the throat in a similar way as barbed wire plays across fiddle strings.

The Novello strikes me. For a red, it’s cool and curranty, familiar of late summer homemade wine. The kind of thing Ratty from Wind in The Willows would have made and bottled for the Tombola at one of Toad’s ghastly Spring Fairs. It’s pleasant and clean. I feel it should be drunk out a pewter tankard and come with a hangover free guarantee for the next day. It’s refreshing, which is what I always want in a wine as wine really must be “neckable”. I appreciate that the chattering classes may like to linger over one or two thimbles of wine, savouring and tasting the ethereal merits of an amber pinot Beaujolais Margeaux 1066 or whatever. I’m not sure this wine suits that scene? Foods basic role is to fill and liquid is to refresh. I could drink this all night until it pours out my ears.

For a moment, I realise that the usual chaotic state of our little Italian restaurant has been becalmed by the wine. This is a moment they have all waited for throughout the year, the first young wine taken cold at three weeks old, alongside a new crop of chestnuts all hot, spiky, caramel and woodland fires. It’s the closest an Italian might get to that horribly cosy word “Hygge”, that insufferable Danish law of fluffy socks, open fires, candle light and enforced ennui. Barely a word has passed and this 20 minute moment has been savoured for a lifetime in every nip of the wine and broken shell.

This is “La Bella Vita” transformed, reinvented and soothed for the darker cold months and it’s what every Italian restaurant from Galashiels to Gloucester should be demanding their customers momentarily engage with from October to the end of November. The parasols and passageta are over, ask for Novello, fire, chestnut and Marlborough Lights.

The door swings open and my accomplices brace themselves for the teeth of a London draft. It’s a family, a family walk in at 17:55; buggies, babies, leaves stuck to the sole of a child’s shoe via the sticky medium of dog toffee. It’s everything the boss would turf out into the street on a normal night. If the Holy Trinity turned up in a simillar state, donkey of course subbed for a Silver Cross, I imagine they would receive the blunt end of a Sardinian curse. But strangely not tonight. The Novello and chestnut has calmed the savage beast and very shortly he is there, attending to their table with bowls of chestnuts and slightly chilled, complimentary Novello. I imagine they will be back, and come next Autumn, so will the wine.