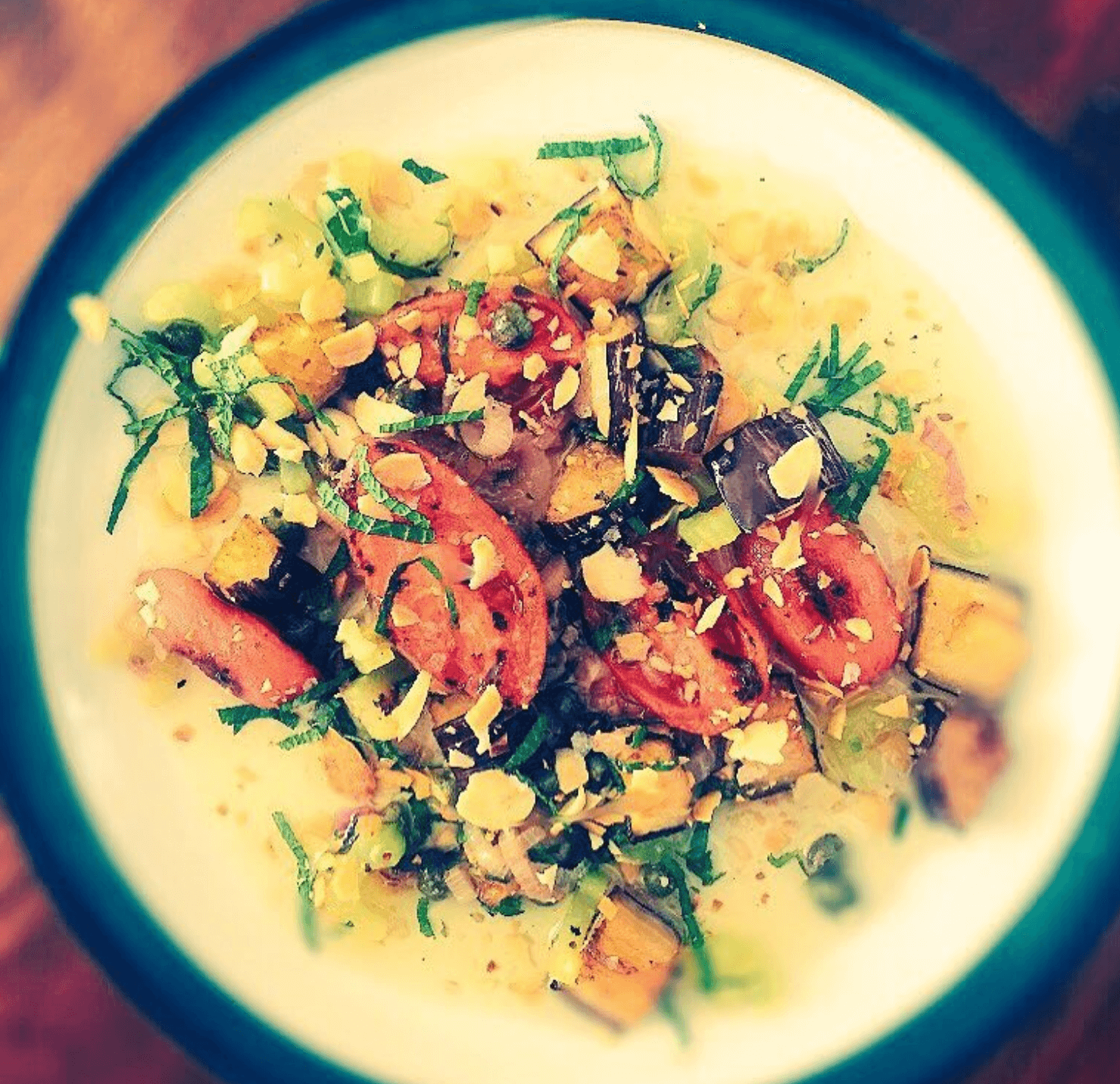 A Caponata for all seasons

Caponata , aptly nicknamed “A Hungry Mans Dream”, is quite possibly one of the best meals you can make if you are a body toning nut job who doesn’t want to compromise on the flavour and morale that is usually associated with “Health” food. Its very simply a vegetable stew, but one which allows each vegetable its own little spotlight. People may scoff at the thought of It being healthy as its best made when fried, but it can also be done under the grill or even blanched (maybe for those suffering from Orthorexia)

Caponata is the pinnacle of Sicilian baroque fantasy cooking, with its roots pretty much dipping in and out of nearly all the major culinary influencers (a term I cannot stand) that set up shop on the island.

The earliest recipe for the dish comes from Agrigento, which is apt, as the city like the recipe, was fought and debated over for hundreds of years and by a variety of invaders. A tapestry of Byzantine/Roman sweet and sour (or Agro Dolce), the veg comes courtesy from Arabic and Carthaginian influence and the simplicity is possibly Hellenic. The Norman influence is lacking, I can only assume they were developing that most inferior cousin to Caponata, the Ratatouille.

I have added a touch of honey to this recipe to increase the length of the flavour, plus bees and honey have a wonderful historical significance in Sicily for bringing good luck and fortune.

1 aubergine (I like the round purple aubergines from Sicily for this)
1 stick of fresh celery
1 bunch of fresh mint
Handful of sliced almonds
1 Onion (Tropea are fantastic)
Half a teaspoon of honey
7-8 Torpedino tomatoes
2 litres of sunflower oil
Good extra virgin olive oil
Handful of capers
1.5 Tablespoon red wine vinegar

1. Start by finely dicing your onion and sautéing in a little olive oil on a low heat, and half a tablespoon of the vinegar. You want to cook this until its translucent and without any signs of colouring
2. Peel the celery of its strings, finely chop. Bring a pan of slated water to the boil and blanche the celery in the water for 20 seconds before plunging into cold water. Do not throw this water away
3. Heat up some sunflower oil in a pan. Chop an aubergine to your liking, by this I mean a small, medium or large chunk. I personally like a medium/small chop. Salt a little and pat dry. Shallow fry until golden brown and set aside on kitchen paper.
4. In the boiling water, drop the tomatoes in for 20 seconds and carefully remove and skin.
5. Once the Torpedino tomatoes are skinned, roast them in a dry frying pan until a little coloured and removed.
6. Mix the vegetables with finely chopped mint, toasted almonds, capers, some celery leaves, honey, vinegar, olive oil and allow to marinate for 30 minutes minimum, before serving. Tastes better at room temperature.