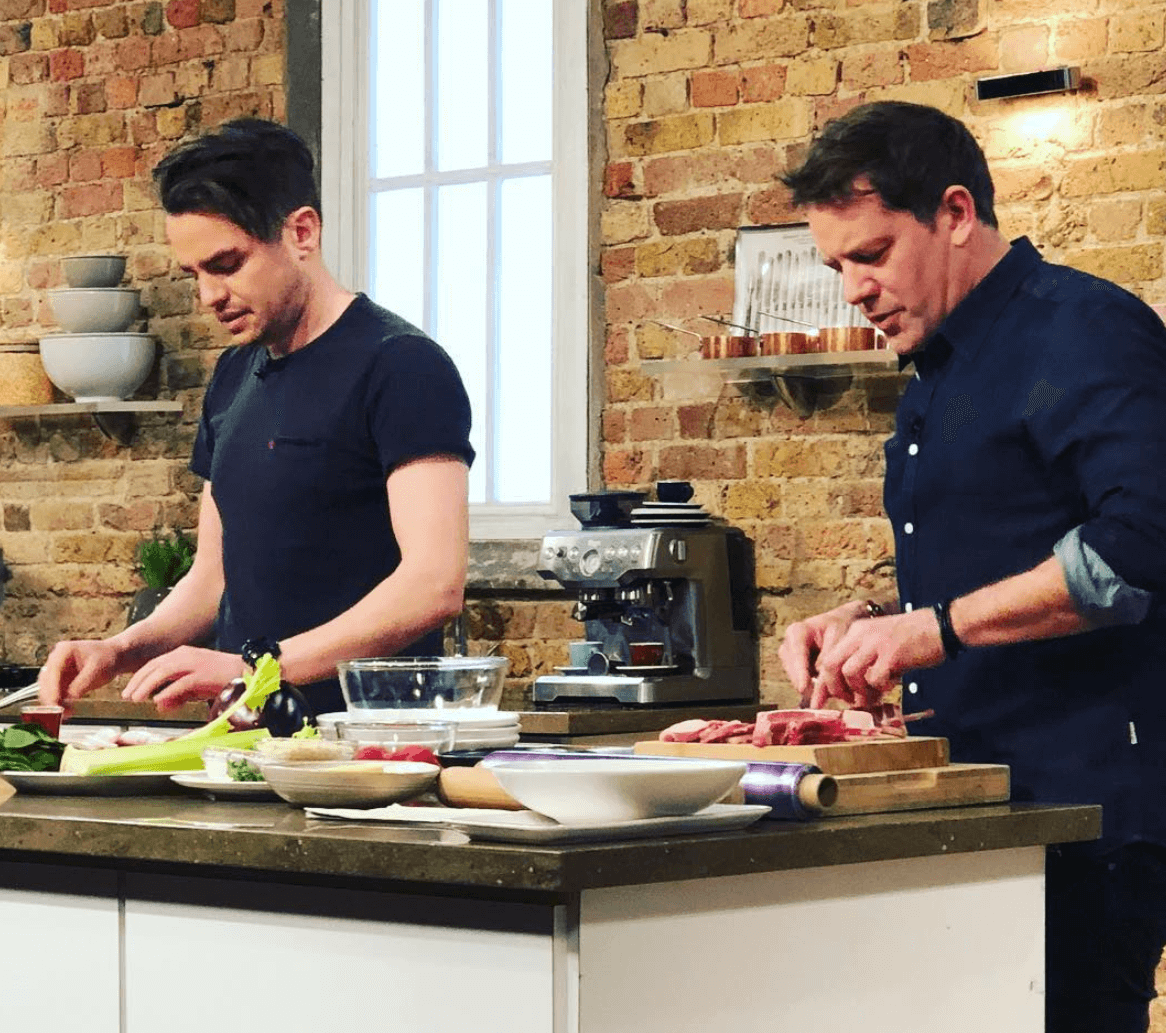 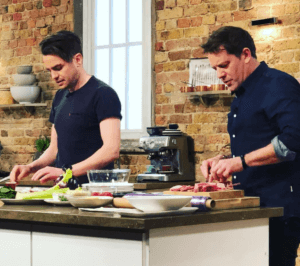 I’ve always thought Italian food had that same capacity for lawlessness and personal interpretation as Rock and Roll does with music. Like Rock and Roll, as long as you stick within a very loose, slightly un-codified frame work, it’s hard to make any massive faux pas. There are no great philosophies or sets of rules that govern the relatively wild art that is Italian cooking but maybe Artusi comes close to a general mantra that should go someway in governing a loose mentality amongst those pilgrims who are beginning their journey..

“ I love what is beautiful and good wherever it is found and I am repulsed when I see, as it is often said, the ruination of gods gifts”

A simple adage that should be inscribed on the monument to Italian food. Sure, there are examples of giant error that veritably pole vault over remarkably reasonable boundaries of the Italian kitchen, running in the face of Artusi and arguably, God; cream in carbonara, chicken parmigiana and barbecue base pizzas are a few obvious ones. Personally I’d go as far to say that adding lemon and parsley to Aglio, Olio Pepperoncino, making saltimbocca with pork and not veal or simply calling Tagliatelle Al Ragu, Spag *shudder* Bol are up there too but that’s me being a wailing great pedant.

This is, however, kind of the same as One Direction covering Wonderwall, Girls Aloud and Sugarbabes doing Walk This Way or Hillary Duff doing My Generation. We know they blow, it feels utterly wrong and is more insulting than asking an Italian waiter for a cappuccino after dinner and for his sister’s number written in the foam. Relax though, they are simply a moment of passing madness not connected to the genre, shunned by the Gods at the top and the fans at the bottom, punished in the afterlife with the gnashing of teeth and burning pits of sulphur.

Despite what your ancient Zia or rolling pin waving Mamma may say, when it comes to many dishes, the room for interpretation, exploration and regional deviation is actually pretty vast and it’s what makes Italian food infinitely more exciting than, I don’t know, let’s say the cuisine of a country beginning with F and rhymes with trance…

Many dishes in the Italian repertoire have only recently taken a definitive form, making deviations and interpretations of recipes relatively normal before the economic miracle of the 1950’s and more acceptable today.

Take, for example, the hundreds of differences of basil pesto in Liguria alone with variations in cheese, soft herbs, olive oils, spices etc. The earliest recipes from the 1840’s included garlic, parsley, spices (vague, but possibly just black pepper as this is referred to as a spice in other Italian cook books) marjoram and no mention of pine nuts. Today the Genoese Pesto Consortium, a body ruled over by a Grand Master and PALADINS, state the “legit” ingredients but, in terms of quantities, they are pretty free and easy with the recipe which is refreshing when you think how militant the Cornish can be about a simple pasty.

More relevant to the British, look at the not so humble Spaghetti Bolognese, a dish with more guises than David Bowie. Try making it in a room full of chefs, or anyone from Italy and the same questions will arise; “Should it contain milk?” “Should you use pork, beef and veal? Or follow Noah’s example and only use two of every beast?” “Tomato or no tomato?” “red or white wine? “ The list of variations is endless, but if its done well, its still identifiably Italian (or Emiliano if your being a pedant) just hold on the Bovril cube and Worcestershire sauce..

The best part about this approach to Italian cooking is the reaction you get. Returning to the opening quote from Artusi, if cooked with a care for the ingredients, it can never truly offend your average Italian. So you added red instead of white wine to the ragu? Or decided to dabble in a sprig of Marjoram for the pesto? People will shrug, pull faces, click their tongue, say “Mah!” and make more gestures with their hands than an air craft martial on “hard of hearing pilots day” because it’s not their way but they won’t say “That’s Not Italian Food!” In most cases, they will eat it, pull faces, throw out hand gestures and secretly appreciate it because, when done with a considered approach, you can’t get it wrong.

The reasons for fluidity in a culinary tradition that, on the surface, appear relatively rigid can only be speculated on but it’s probably a subtle mix of Campanilisimo (the Italian art of believing everything your town/village/hamlet does is better than your neighbour one mile down the road) and the Italians’ incredible capacity for pride, self belief and self sufficiency. Indeed, the father of modern Socialism, Alexander Herzen speculated; “they have a sense of respect for themselves, for the individual which is particularly developed in the Italians; they do not simulate democracy as the French do, it is inherent in them” which to me says, don’t tell me how to make pomodoro sauce, back up out my kitchen.

In addition to these factors, I’d add a third. Italy doesn’t really have that totemic toque toting imperator of the kitchen whose words and rules are carved into granite and used as a bench mark for future generations of chefs. Whereas the French will still refer constantly to Careme and Escoffier, men who have had a tremendous, if not domineering, impact on the culinary arts, Italians have the more amiable Artusi, the studious, enigmatic Scappi and the gluttonous philosopher Archestratus (“The Daedalus of tasty dishes”). The works of these men are not solely for reverence, but reference, and yet they still aren’t infallible or highfalutin’.

Artusi is like that eccentric old uncle with the enthusiasm for food of Toad of Toad Hall. The latter most humbly claims of his own recipes that; “With this practical manual you only need to know how to grab hold of a ladle and you’ll muddle through” For a man held in high esteem by both professional and domestic cooks, his work is brutally honest (on success and failures) recipes vary wildly and his allowances for interpretation and adaptation are refreshing.

Caponata is another recipe which rolls out the gilt lined red carpet for Mr and Mrs interpretation. Locatelli is probably the only writer who sets this out clearly in English but he makes reference to at least four variations accepted in Sicily, stressing that every other person has their own take on the dish. Personally, I’ve had multiple variations, witnessed so many pointless, impassioned debates on how it should be made, tasted ratatouille-like slop and others where every ingredient was as noticeable if it walked out onto your tongue under a little spotlight and took a bow.

And personally that’s the key for me. I’m going with the well trodden adage that less veg is more and stick to a rule of three. You want soft, crunch and crisp which, in this version, comes from the sweet, softened onion, the al dente celery and the fried aubergine but really the choice is probably going to be made on what disintegrating veggies you have in your salad crisper.

Caponata wouldn’t be caponata if it didn’t punch you in the mouth and say “I am sweet and sour, call me your Daddy” It’s not just a few fried veggies and a deluge of sweet chopped tomato. To be honest, I think the tomato is the keyboard player in the band, useful but no one’s going to throw their bra at it. Yes, you will get a sweetness from it but the main body of that will come from the onion and aubergine. I have literally spliced a few torpedino in this recipe and pan roasted them to give you a nod to their sulphurous, deep rich joys.

The hook for the caponata really comes from the delicate mix of the vinegar, honey, capers, almonds and fresh mint, the stage crew to the front men. What sets caponata aside from a ratatouille or clumpy veg stew is this injection of tongue pontificating condiments. This is alchemy and not an exact science. I like my caponata acidulated to high hell only because I use it more as a compliment to something else on the plate rather than a dish in its own right. Either way, if you want something a little more traditional use the recipe which follows this article.

Ozzy Osbourne said that rock music is not meant to be perfect and I don’t think good Italian food is or should be either. Perfect is boring, ’’ts predictable, repetitive and lacks soul and none of those, outside the high street chains, are applicable to the Italian kitchen. I’ve always thought the capacity for a wonderful mistake, a bit of a wobble, a considered yet un-expected experimentation is what makes things kind of beautiful and can fuel innovation.

Look at Bottura and his “Ooops I dropped the lemon cake”; a mistake, an imperfection that becomes legendary, like a bum note in an iconic guitar solo or the kind of out of tune wailing you would get from a crowd thumping New York Dolls track. No one got their hand slammed in an oven for that, had the strings on their apron cut or fined the cost of the outrageously priced plate…no like Johnny Cash kicking out the lights at the Grand Ol Opry, Jerry Lee Lewis setting fire to a grand piano or the ringing clock you can hear in “A Day In The Life” it became legendary and part of a cooking tradition that enjoys global popularity in every nook and cranny of the globe.

watch the episode
← Previous Next →